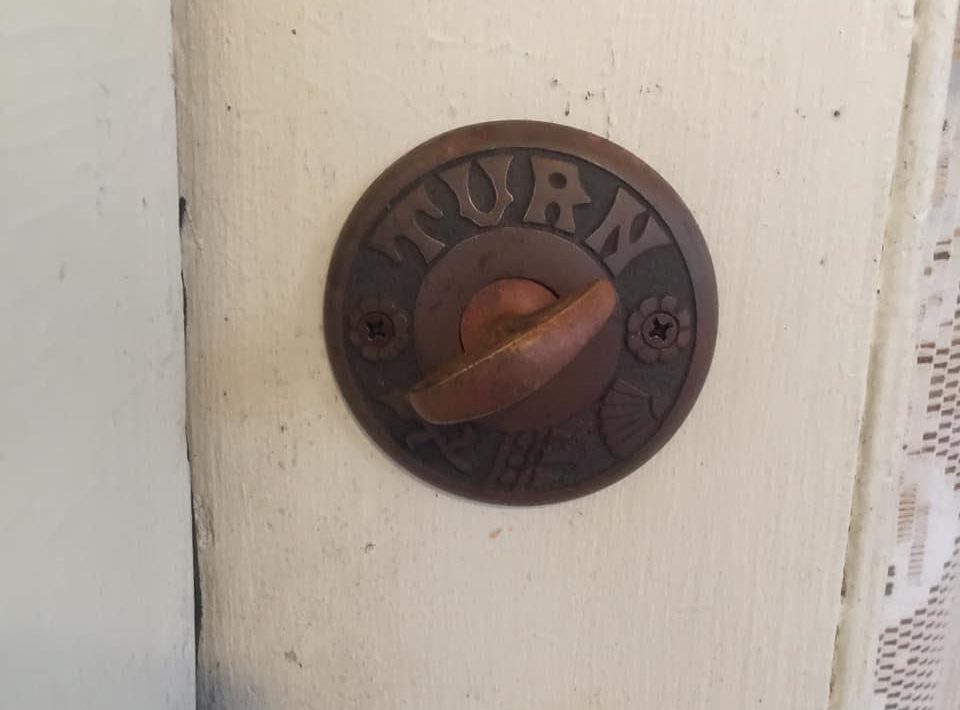 Our doorbell only works sometimes. So someone was outside the front door, presumably having rung the non-working doorbell.

The pekes and I were dancing around the house but I passed by in that pause, and through the lace curtains, with very poor vision, I thought it was Kenny hanging out there.. and flashed him.

As soon as I realized it wasn’t my beloved at the door, I called his cellphone (he was in the workshop out back) and said,

“Come here and answer the door, I just flashed whoever it is out front, thinking it was you!”

Then I hid: a naked coward… shivering in shame.

Oh look away, don’t see me! For I am so very flawed.

Turns out, it was our neighbor who I haven’t met yet… I guess we’re acquainted now!

The wreath is still up so that probably helped hide me. Being lazy pays off, once again!

Just another day in my absurd existence!

We have a new (old) but working manual doorbell now. It’s my favorite new old thing in a year around here.  😃  #ringydingy

It sure took Kenny long enough to replace it… he delights in my idiocy!