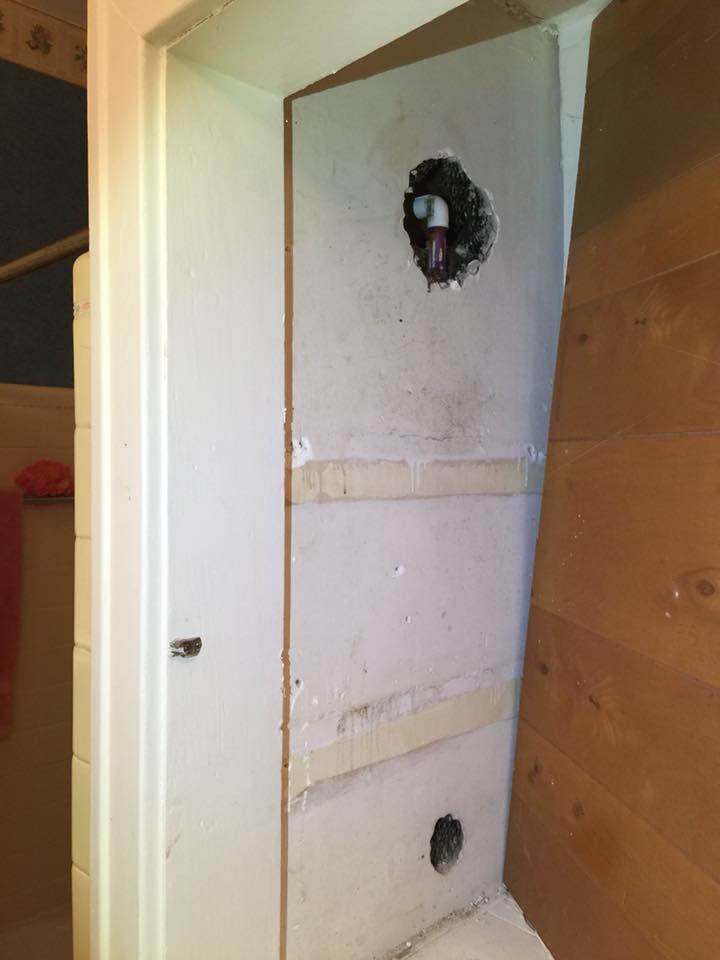 Ahhhh! The joys of working on an old house!

I was changing out a shower head. Which lead to a cracked PVC elbow, in the wall. Which led to the removal of this closet panel which dude felt a need to caulk totally in. Which led to PVC pipe behind a plaster lathe wall and not enough visible PVC pipe to cut and replace this elbow with one dude should have used initially. b

Time to chisel some plaster and cut some lathe. Yippee!

New shower head installed and plumbing fixed. We hate this ugly wallpaper and tile in this bathroom. But they are still functional and usable for now so that’s a project for another day.

Feeling the walls I can tell there may be some cracked plaster behind this paper. I may attempt some plaster restoration in here at some point. How hard can it be, right? Ha!

Work continues on this bathroom, but it’s minor for now. Just one more really need to do thing and that is today’s project: taking up the wobbly toilet, replacing the wax ring with an up to date silicone rubber seal, and re-installing it with some shims if it’s still wobbly.

Chelle is putting a last coat of paint on the breakfast nook, and starting on painting the ceiling medallion for the entry chandelier. We noticed on unpacking it that one of the hand blown fluted globes was severely cracked in transit. ?

They are shipping us a replacement.

Today, my life is going down the shitter; the historical passings of which do not make this job any less….shitty!