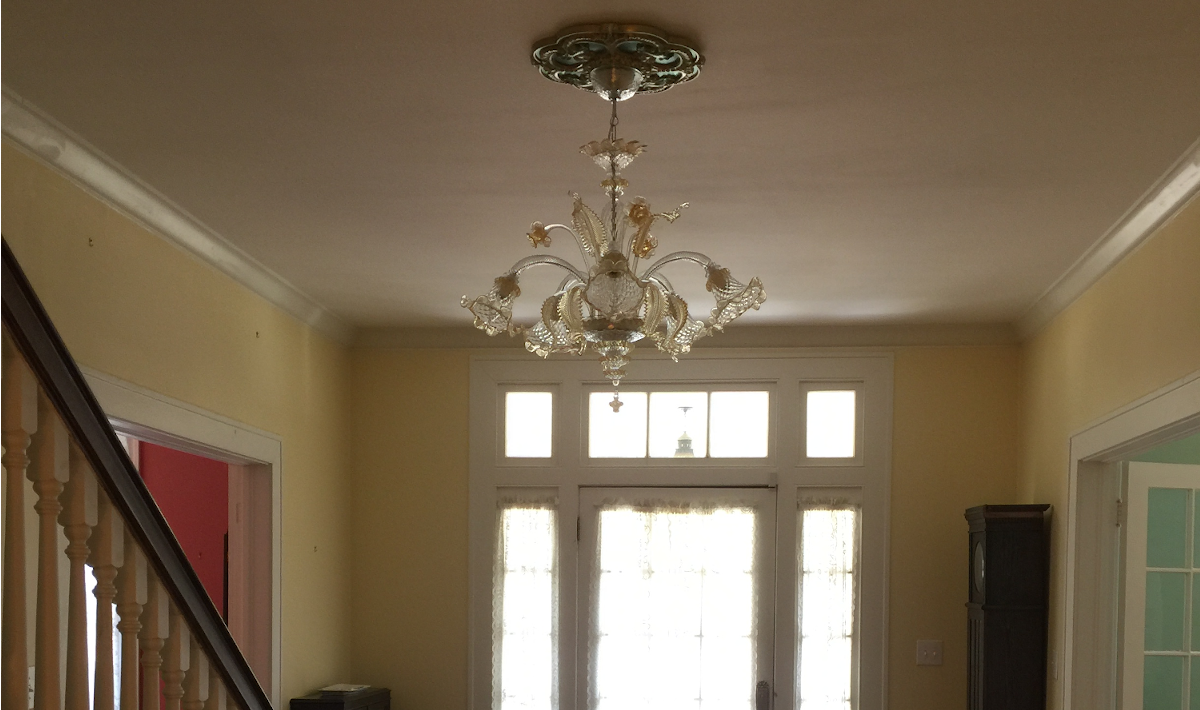 I painted the medallion for the newly painted foyer ceiling.. twice!

My first attempt was lighter green with gold, but I decided I needed more color value to keep it from clashing against the connecting green room.

My second attempt produced a deeper green with copper ceiling medallion that will look perfect with the yellow Murano blown glass chandelier.

I sneaked behind Kenny’s back and special ordered the chandelier a week before we closed, as I was led to believe it would take months to produce. About a week after we closed, I received the chandelier.. from Italy!.. so that’s a pretty awesome turn around time.

My Kenny got the chandelier installed in record time, only having one near miss. While bringing the glass stem downstairs, he missed the last step and nearly fell with it!

Anyway, here are the photos! I will add a tutorial on painting ceiling medallions, if enough people comment with their interest below.