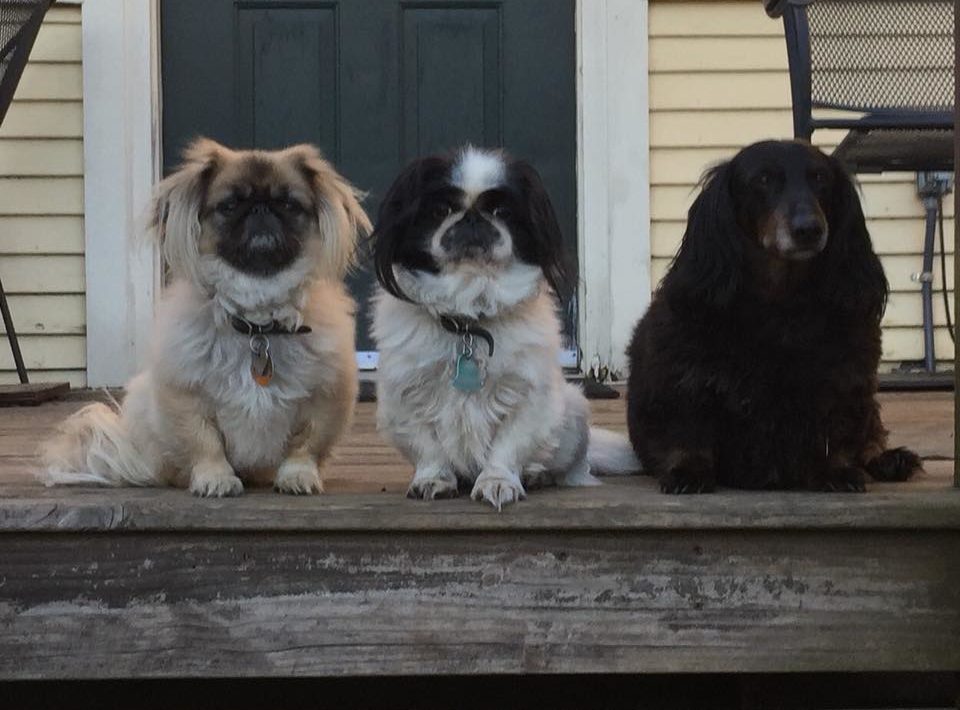 A pause in house renovation to fabricate some dog gates. This was kind of a necessity as Mom’s dog, Scooter, was chewing up the door frames in the enclosed porch.

We moved my mom down to live with us, and with her comes her long haired Dachshund, Scooter. Anyone who knows me knows I’m an animal lover, especially dogs. But this dog has been totally ruined as a dog from being literally treated like a human baby for the past 8 years. Mom would “treat” him to death and he’s ballooned to over 30lbs, about twice what his normal body weight should be. If he didn’t like something, he whined until he got whatever it was he wanted instead. She would feed him off her plate before she ate, because he demanded it, loudly whining with every breath.

He has severe separation anxiety and whines non-stop if she leaves the house at all. He’ll “go outside”… for the most part, if he feels like it. So… I’ve been training him for a week now. I’m not resorting to ANY physical discipline…at all. Not even a harsh word. Using positive reinforcement for good behavior, firm commands, EXTREME PATIENCE, and dramatically ignoring him of any attention for bad behavior by turning my back to him and snapping my fingers at the first whine, I’ve broken him from whining at every breath for attention, treats, etc. And I have him totally house broken to this one room, in about 5 days.

The hardest part was training mom to ignore his constant whining and howling, 24/7, due to separation from her much of the day, in support of my efforts to finally house break him. Putting our two Pekes with him to provide him company and “pack” with has helped tremendously. It’s amazing how this has radically changed his behavior in just 5 days!

After the dog gates were done and much piddling and fiddling with my mig welder, I suddenly needed to fabricate grandchild gates. This one goes over the deck steps.

On her first visit here, my granddaughter, Isla, who just turned 3, fell backwards and tumbled down head over heels from the deck to the concrete walk below. My son and her dad, Dustin, said it looked as bad as you could possibly imagine! Picture the worst tumble you can. Miraculously she wasn’t injured.