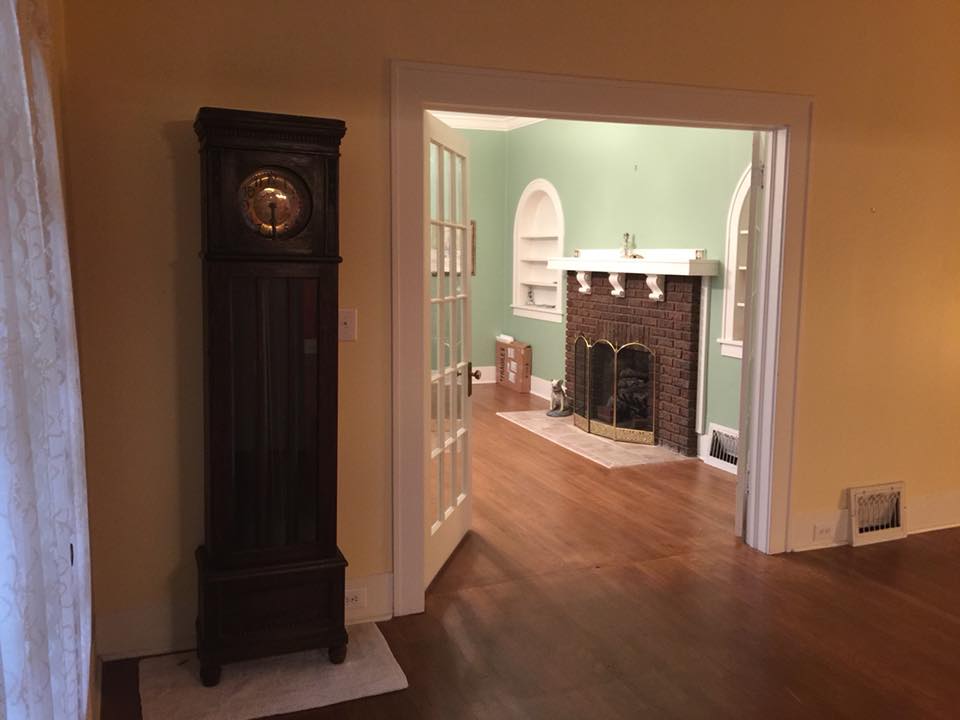 Before we purchased the other grandfather clock, I had been discussing with a lady in Greenville who was selling an old German one her father had bought in Germany in the 60’s.

She had listed it on FB Marketplace for $800. I was very interested in it and we had chatted a lot about it. I had sent her pictures of the house and the room where we would put it.

In the meantime, we had found a MUCH cheaper one that needed work in Grenada.

She contacted me back last week asking if I was still interested, and I explained to her that I had some expenses to take care of with the house repairs and I couldn’t really afford to indulge my extravagant whims.

Three days ago she messaged me and told me she was gifting us this clock. We were overwhelmed at her generosity.

She said she was moving to Sacramento and had no place for it, and she felt like her father would be happy knowing it ended up in our old house, so she wanted to give it to us.

I still can’t believe it. Chelle took her a painting in return. We drove to Greenville, met her, and picked it up today. What a generous gift from a stranger.